Inverters are the future!


O.K! come back this is not another boring post about something you are never going to use. Inverter's are here to stay and it is going to become a part of every household.


Over the year our National power supplier has work hard to building themselves a reputation as a total unreliable service provider. The municipalities are ripping their paying clients on their power bills to makeup for their inefficiencies.


Oops! You're still here, thanks for sticking around. I just had to get that out my system.
It not only that power suppliers has become totally unreliable but fossil fuel and the damage it does to our environment, has made it a matter of urgency to find an alternative power suppliers.


Why would you ever need a power inverter?


If you’re not a active outdoor camper you might be needing a inverter to watch you favorite soapy on televisions when the power is down. Sick people need inverter's to run their medical equipment in case of a power outage.


Up to this stage the authorities has try everything to discourage people from generating their power. With the anti fossil fuel movement that is growing daily, the world has started to looking  for alternative power source.

Some of the main alternative energy source area; 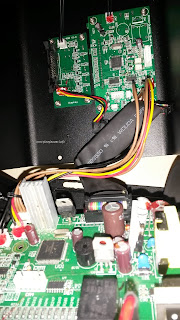 Power inverter is an electronic device that changes direct current (DC) to Alternating Current (AC)
A Modified sinewave is square and tend to cause interferences on other devices.
Your can read more about sine waves here.


The main takeaway is to remember that if the electric current is not  pure it will cause disturbances on your radio, television and cell phone.


Inverter's have either a modified sine wave (square wave) or pure sine wave output. Now that you know more about the workings and uses of a inverter, I will tell you more where the inverter fits into the alternative power system.


Should you need more info feel to send me a e-mail or leave a comment below.