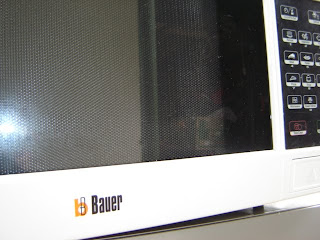 It is common for a Fuse to blow in a Microwave Oven especially if you live in our part of the world.

A Blown-Fuse is like a red light going on in your Microwave Oven; - it tells you that there is something wrong in your unit. Now it could also be something seriously wrong with your microwave and you might to need me to look at it. Or it could be the nice-guys from the power company letting you have a power surge. (Thank you Guys! Power surges must be part of the job-creation scheme)

Signs and Symptoms:
• The Microwave Oven is just dead – (No lights or sound)
If you used the Microwave with no previous problems (night before) and when you want to use it again - it is just dead. This is a indication that a power surge went threw your Unit during the night (for some reason these surges normally happens during the night)

But if your Microwave oven just "died" while it was in use - it could be "challenging" problem and you might have to bring it to me. I will check it out for free and tell you if you should repair or rather go to Raffi’s for a new one.

Procedure to Replace the Fuse

>Unplug the microwave oven from the wall-plug (socket). Never work on any appliance while it is still plug into the wall socket.
>Unscrew the screws around the edge of the microwave’s top lid cover.
>Lift the back side of the lid ever so slightly and pull the whole lid backwards.
>Follow the electric lead where it goes into the microwave oven and it will end into a small circuit board (PC)
>First check for visible signs of damage on the module (black marking or swollen components) 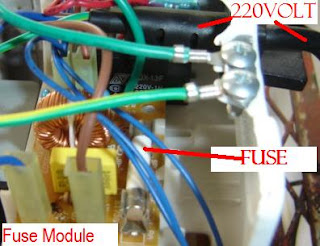 > Then locate the fuse on this Pc and replace with the same value amp fuse. This is very important that you get the same value (amp) fuse. You can get this from Brian at Nationwide Television or at Dales or from me at High Point. (Don’t worry fuses are cheap)
> Replace the lid following the same procedure as above just in reverse.
> Plug the Microwave oven into the wall plug and switch on
> Put jug filled (350ml) with water inside Microwave Oven and switch on.
Now isn’t it nice to know if you should need more pointers you can go to High Point’s facebook or even ask us to check it out for free. 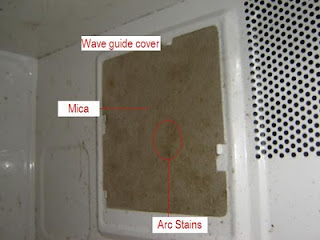 The location of the Microwave Oven Guide Cover is inside the Oven cabinet on the right hand side or at the top panel.

The purpose of the guide cover is to keep food spillages and fat away from the Magnetron. 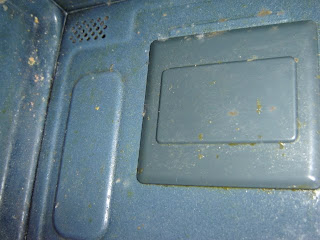 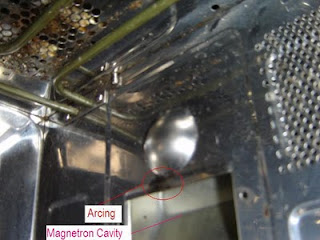 Just unscrew the screw that keeps it in place and remove the cover. Sometimes it is a small plastic stud that keeps the cover in place just lift the studs.

We do keep a limited stock of the plastic wave cover but most of the time you have to order the cover from the manufactures. We can cut the mica type wave cover for you to your size, just make a copy of yours - send us a fax and will make it up for you. (if you are out of town we will mail it back to you)

Before you start working on any appliance unplug it from the wall electric socket. Remove the roller ring and glass plate from the inside cabinet because it is easy to damage these two units.

Before fitting the new wave cover, make sure the magnetron cavity is clean
To refresh your microwave oven – take a half lemon and 350ml water together in a jug – set microwave oven for 5 minutes on high. Once done wipe the condensation away with a soft cloth and you will be left with a fresh smelling Microwave Oven. Instead of lemon - vanilla essence can be used, same procedure.

If you need more pointers and advice just go to High Point's Facebook page and ask one of the many experts there.

To receive future updates via Email